Coulomb interactions between ions in a dilute salt solution are famously screened out over short distances. However, dense ionic fluids, such as concentrated electrolytes, organic ionic liquids currently popular for energy storage, and molten salt, show long-range ionic correlations with experimentally measurable consequences. Kinjal Dasbiswas and colleagues at the University of Chicago show that a statistical physics model, which accounts for both long-range Coulomb and short-range molecular interactions between ions, simply describes some remarkable implications of these ionic correlations. Their work is published in The Journal of Chemical Physics, where it was highlighted as Editors' Choice for 2018. 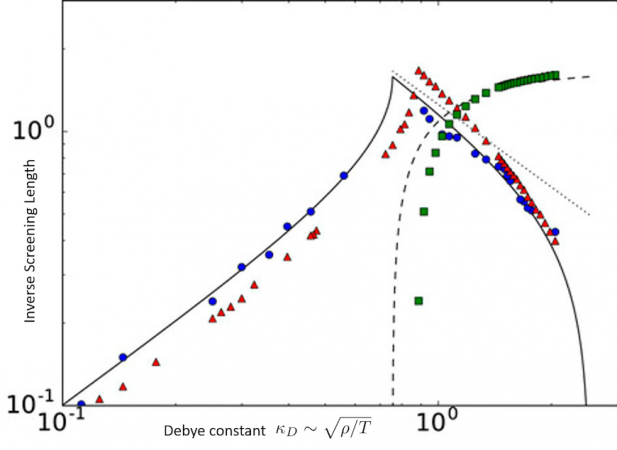