Filling a void in the understanding of amorphous solar cells

David Strubbe and his student Enrique Guerrero study voids in solar cells in their newly published research in the journal Physical Review Materials.  Amorphous silicon is a material used as a light-absorber in solar cells, either on its own (as in the photocells of cheap calculators) or together with crystalline silicon in high-efficiency tandem solar cells. Describing the structure and properties of amorphous materials is a major challenge experimentally and theoretically because they are disordered and have a statistical distribution of structures. There is no periodic repeating lattice to use as in crystals. Moreover, amorphous silicon commonly has holes or voids in the structure, which are believed to contribute to degradation over time when used in solar cells. PhD student Enrique Guerrero working with Prof. David Strubbe have carried out a computational study to generate and characterize the local structure of voids in amorphous silicon, using classical Monte Carlo simulations and density functional theory. They found that stretching the structure while creating it causes the generation of voids, which is analogous to the process of "cavitation" in liquids, where bubbles form at low pressure such as in the water next to a ship's propeller. This new computational approach paves the way to detailed studies of how voids impact degradation in solar cells, as well as other electrical, thermal, and elastic properties of amorphous silicon. 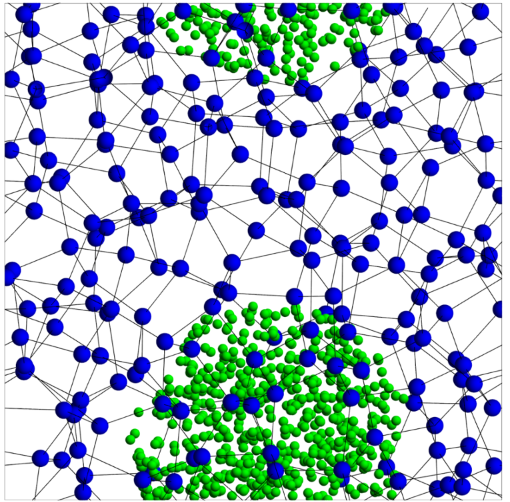