Bacteria can propel themselves while stuck together

Writing in Communications Biology (Nature Publishing Group),  Yu Zheng and Bin Liu show that aggregating bacteria can use their flagella to propel and roll themseleves.  Postdoc Yu Zheng working in the Bin Liu lab showed that rosette-like aggregates of the bacterium Caulobacter crescentus can actively disperse through the flagellar motors of motile members.  They further reconstructed the 3D movements of the rosettes to reveal that their proximity to a solid-liquid interface promotes a wheel-like rolling, as powered by the flagellar torque. 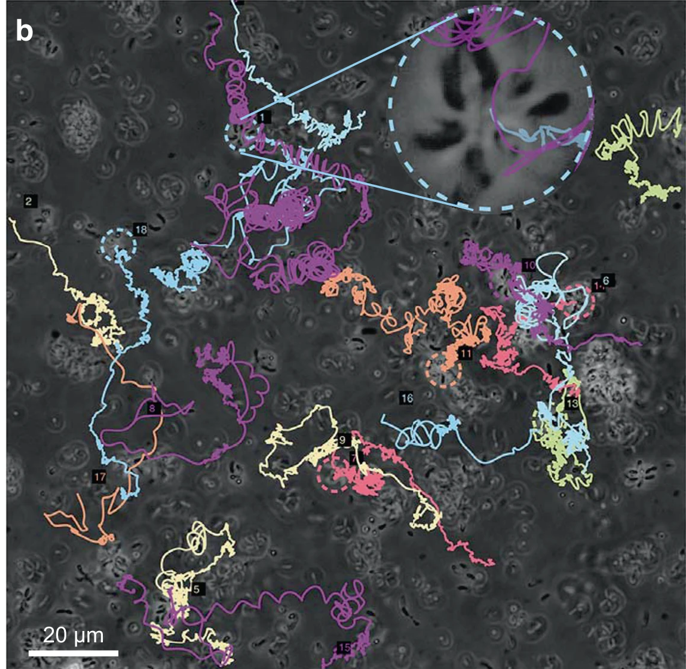